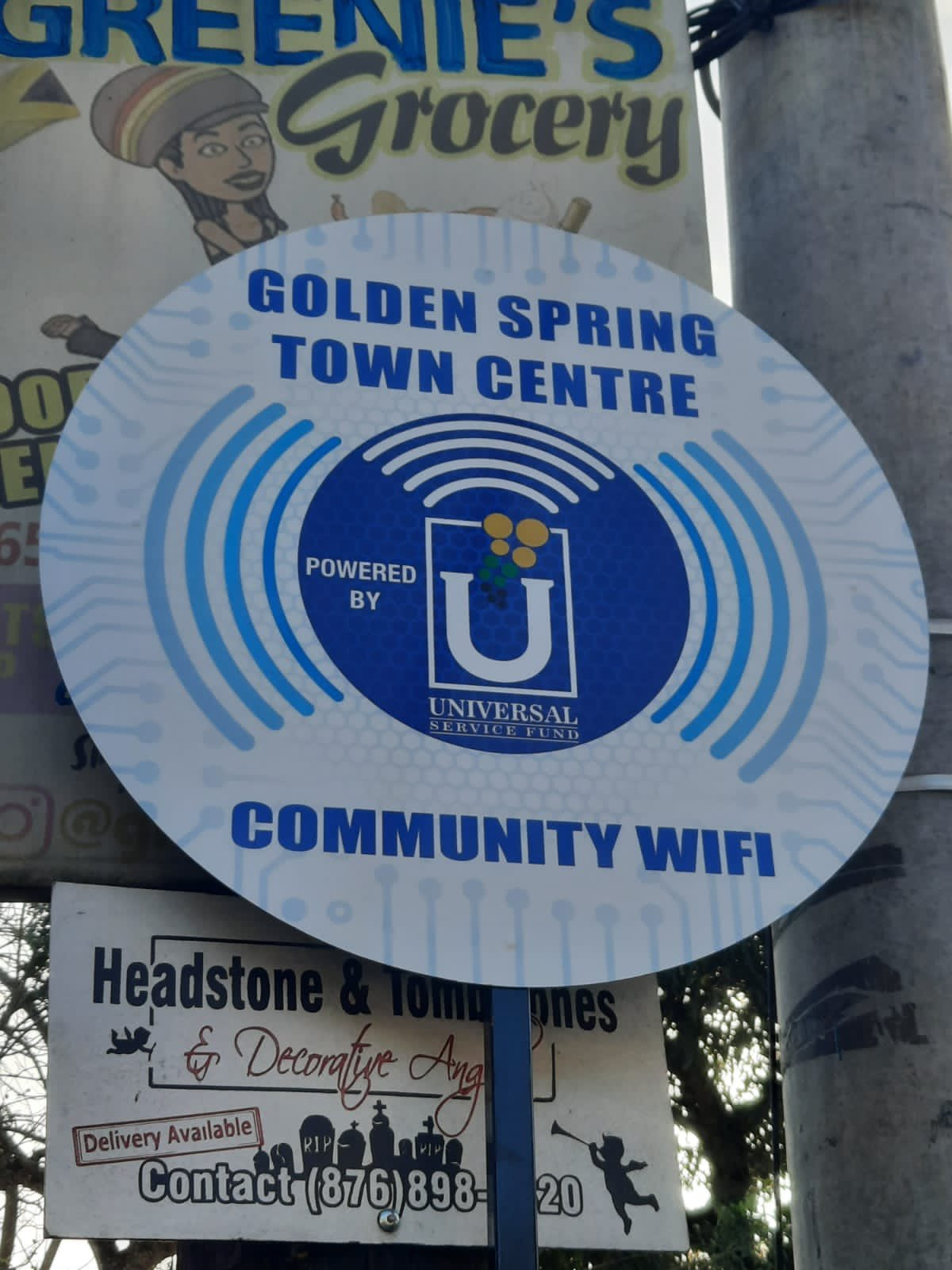 The first community wi-fi hotspot for the St Andrew West Rural constituency was installed at the Golden Spring Square by the Universal Service Fund (USF).

According to a release, the hotspot was stationed Thursday, February 17, in efforts by the Government to increase access to information through the internet, island-wide.

The overall cost of the installation was $7.5 million.

It will be the first of three that will be established in the constituency. The other two locations are the Lawrence Tavern Centre and Red Hills Square.

The wi-fi hotspot is situated in a commercial area which includes an early childhood centre, a health centre, three churches and several businesses and vending areas. All are expected to benefit.

In her remarks, Member of Parliament for St. Andrew West Rural, Juliet Cuthbert Flynn, said she commends the Government because “rural Jamaica is not left out. We’re not put on the back burner.”

“So throughout the various programmes, we saw the Ministry of Education and Youth distributing tablets [and] laptops to vulnerable students, and we also saw public and private partnership to make sure that our kids were learning. So today, I am very excited for this wi-fi connectivity, here in Golden Spring Square,” she said adding that several teachers who were using their personal internet connections to conduct lessons, will now be supported.

“Let us not forget there is a health centre right across the street that will also benefit lots of people. At least 150 persons visit that health centre on a daily basis,” she also pointed out.

Additionally, Cuthbert Flynn encouraged her constituents to visit the Rocky Valley Community Centre in the constituency, to gain access to 11 brand new computers, which are free to use. They were also instituted by the USF.

Chief Executive Officer of USF, Daniel Dawes, said the Fund will continue to pursue its mandate of bridging the connectivity gap across the island.

The USF is aiming to install 189 wi-fi hotspots by March 31. Dawes, however, has disclosed disapproval in the recent theft of one of the connectivity posts that was installed in the Golden Spring community.

“We have been rolling out throughout Jamaica, [and] we never had one case of anybody taking what is not theirs,” he said.

Corporal at the Stony Hill Police Station, Gregory Bennett, urged the community to “take greater steps in showing appreciation for the project.

“This project is something that should be helping the members of the community to bring them and stakeholders together, so that we can work to have a safer, more progressive, Stony Hill, Golden Spring [and] Lawrence Tavern community,” he said.