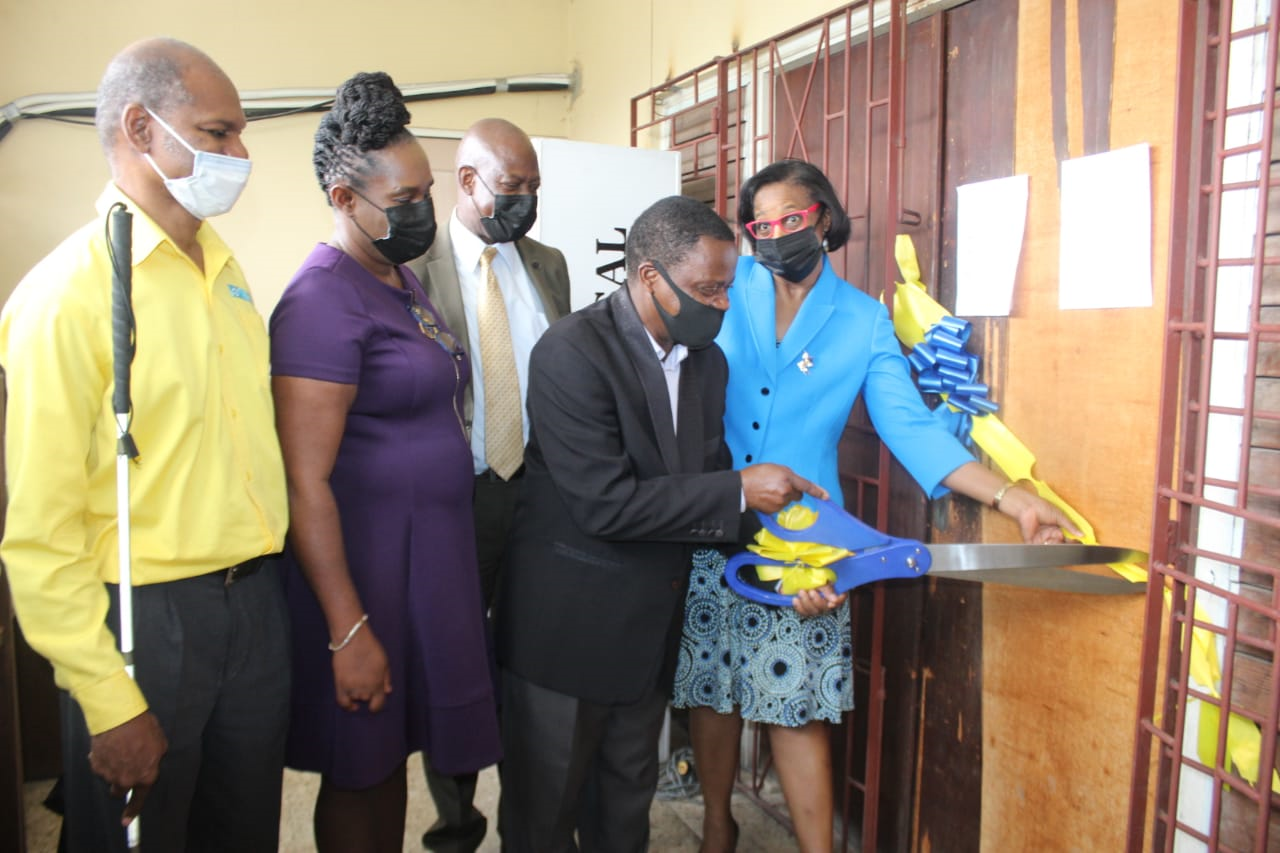 The joy of receiving technological devices were evident on the faces of children and educators at Salvation Army School for the Blind in St Andrew on Wednesday.

The institution was presented with 21 computers, a multipurpose printer and a projector, valued at $5.2 million, from the Universal Service Fund (USF).

Principal of the school Iyeke Erharuyi told the Jamaica Observer that the devices were well needed as the 20 computers at the school were in use for many years.

“This was a big relief, especially at a time when the use of technology for the blind is becoming more important than usual, considering the COVID-19 pandemic,” Erharuyi told the Observer after the launch of the special groups programme held at the institution in St Andrew.

“When the students had access before, they would need volunteers to read and write for them,” said Erharuyi, noting that the new computers are equipped with screen reading software.

Head Girl Nicola Anderson, who is in grade 11, was overjoyed for the new computers.

“I am so happy knowing that we have them as they will be better in facilitating us in online learning,” said Anderson.

Another grade 11 student, Allana Merrick, argued that before receiving the new devices, she and her colleagues struggled to do work online.

“When we usually come in the computer room, there were not enough computers in here to use. Now, I am feeling good because we have more, so we can each use one,” said Merrick.

Janalee Cole, who is in grade 9, added: “I am glad I can get access to use the Internet independently.”

Pledging that each student at the institution will receive their own device, CEO of USF Daniel Dawes said, “The USF will commit to give every child a laptop. I am also committing where every entrant, will also for the years to come, be given a laptop. We must seek to enable the youths to do what they must do.”

Community access points are Internet service facilities established in collaboration with community organisations and funded by the USF in the advancement of Government’s universal service obligation.

Computers, associated equipment, and Internet access are provided free of cost at these facilities to allow Jamaican residents to access the Internet. Since 2007 the USF has outfitted more than 300 communities.