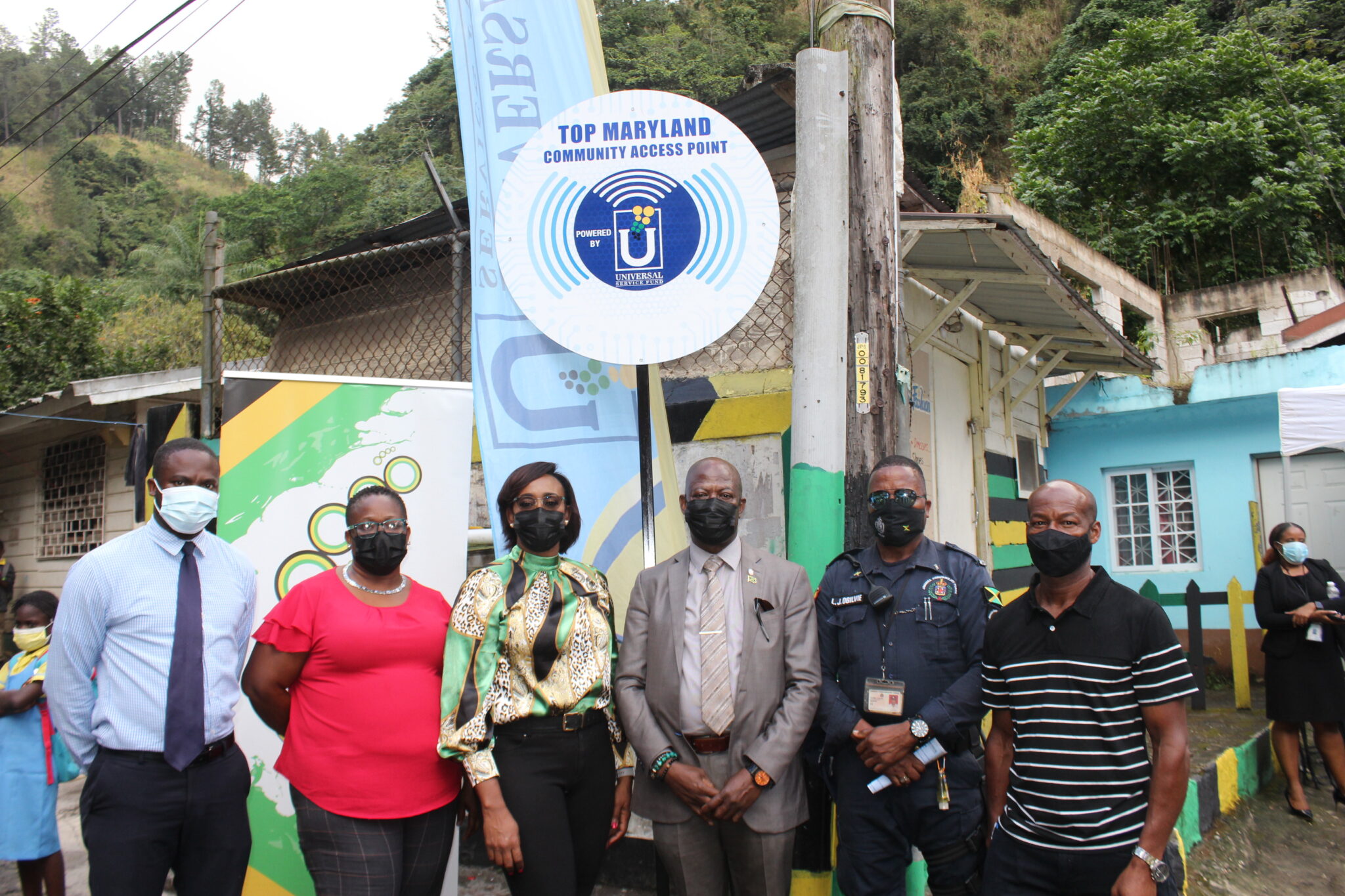 The constituency of St Andrew East Rural benefited Monday from a second installation of a state-sponsored community Wi-Fi hotspot for 2022.

On January 31, residents in Woodford, Freetown district, were given Internet access with the installation of the first Wi-Fi hotspot.

Top Maryland community centre was the second to benefit under the “community connect” programme, made possible by the Government’s continuous collaboration with the Universal Service Fund (USF), an agency of the Ministry of Science, Energy and Technology, to establish up to three community hotspots in each constituency.

“The history and foundation we lay today will determine the kind of future that our children and the next generation will live in,” he said of the usefulness of the Internet that will allow for persons to educate themselves and being productive.

It is for this reason that he has warned anyone who wishes to steal the equipment not to do so, noting that the Wi-Fi structure was recently stolen in another St Andrew community.

“I am saying to you now, and I am not mincing my words, anybody has that in mind, to steal or destroy this one, think again,” he said.

He expressed confidence, however, that the residents of Top Maryland would protect it with their lives and would not allow anyone to damage it and rob the neighbourhood of much-needed Internet connection.

Cherol Willis, assistant pastor of Love and Faith Ministries, told The Gleaner that she was overjoyed by the installation, describing it as “a great thing that has happened in the district”.

“It was really needed,” she said, as there had been earlier Internet access at the church, which is located immediately next to the recently established Wi-Fi tower built by USF. However, the previous connection was unreliable and would go down for days at a time.

“But having it here now that everybody can use it, I think it is a great thing,” she added.

In her remarks, Latona Stewart, USF’s legal officer and corporate secretary, stated that the agency is pleased to be following through on its pledge to ensure the roll-out of community Wi-Fi connections, connecting one community at a time.

She said that the USF spent $1 billion on projects last fiscal year and expects to spend more than $2.4 billion this financial year, not only on capital expenditure but also on recurrent costs associated with various initiatives. This includes funding support offered to the Public Broadcasting Corporation of Jamaica for the establishment of a second educational channel, the Information and Communication Technologies (ICT) tertiary research grant programme to The University of the West Indies (The UWI), and funding of other e-learning initiatives totalling $700 million. Educational aspects of the USF’s budget represent approximately $900 million.

St Andrew East Rural Member of Parliament Juliet Holness, in her address, also commended Dawes, stating that he has always made himself available to be present at every community location where Wi-Fi will be deployed and has a track record of getting things done.

“When we selected the sites, the CEO himself, Mr Dawes, came up with the team to every single site. He walked and [help] run the measuring tape … he was there for every single one of them,” she said.

Holness also advised parents and other adults to educate themselves using the Internet, saying that “education is what removes all the barriers”, and presents the poor with opportunities to become successful and wealthy people.

By the end of the 2021/22 fiscal year, the USF is expected to have established 189 community Wi-Fi connections throughout the 63 constituencies across Jamaica.