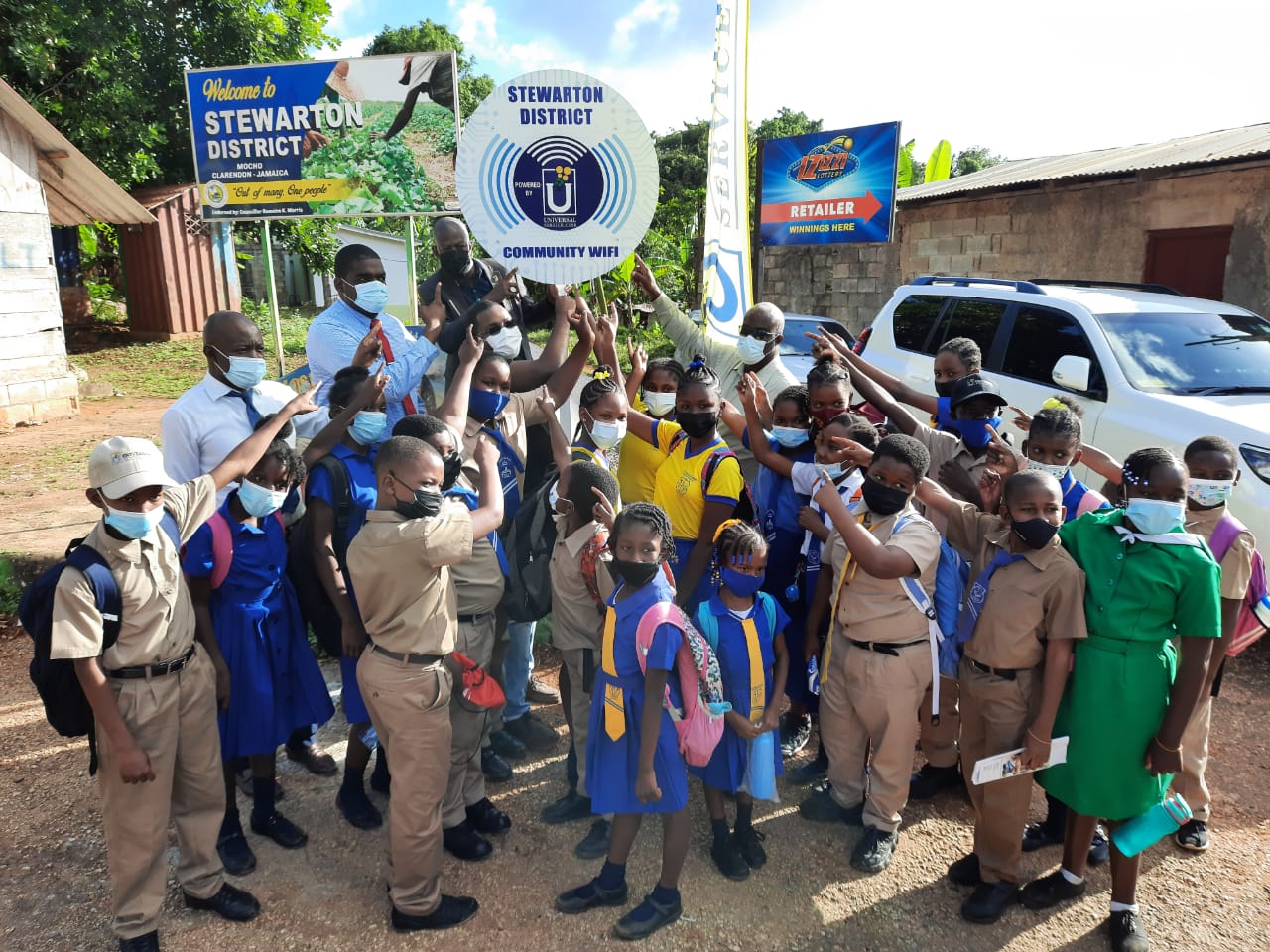 Residents of Stewarton District, Mocho in Clarendon North Central, are now able to access the Internet, free of cost, at a designated area in their community.

This follows the launch of a community Wi-Fi hotspot in Stewarton Square by the Universal Service Fund (USF) on Thursday, March 10.

The USF is working to establish 189 community Wi-Fi hotspots islandwide by the end of March 2022, to facilitate increased public Internet access.

In his address at the launch, Director of Projects, USF, Kwan Wilson, informed that under this thrust, three locations per constituency will be outfitted with a community Wi-Fi hotspot.

He noted that a budget of $7.5 million was allocated to establish three Wi-Fi hotspots in the Clarendon North Central constituency in the areas identified by Member of Parliament, Robert Morgan.

Wilson informed that the other two hotspots will be implemented in the communities of Mocho and Rock River, “in short order”.

He advised residents not to abuse the facility by using it for illegal activities and implored them not to vandalise the equipment.

Morgan, who is also Minister without Portfolio in the Office of the Prime Minister, with responsibility for Information, said the establishment of the hotspot is a very important development for the residents of Stewarton, which will have “a big impact on the community [and] will change people’s lives”, especially the children.

“If you give a child access to the Internet, you have basically opened up a window to the world. What you have now done is you have made this child equal to a child in New York, a child in Miami, a child in Kingston… because knowledge is the greatest equaliser. The ability of our children to access information and to learn is the most sustainable way for us to move our families from poverty to prosperity,” he said.

He reminded residents that the Wi-Fi hotspot belongs to them and they have a duty to protect it.

Principal of the Stewarton Basic School, Paula Manning, said that as a member of the community, she is grateful to Morgan and the team from USF that the community was selected to benefit from this service.

“We are grateful that this community was considered and… [as] the first community from the constituency [to benefit] we are somewhat special. That is a great gift for us… and it shows us that the Member of Parliament is thinking about us,” she said.

Councillor of the Mocho Division, Romaine Morris, said the hotspot “is what Mocho people need” in a digital era.

He noted that this is the best way to develop Mocho, where people can earn money legitimately through access to the Internet.